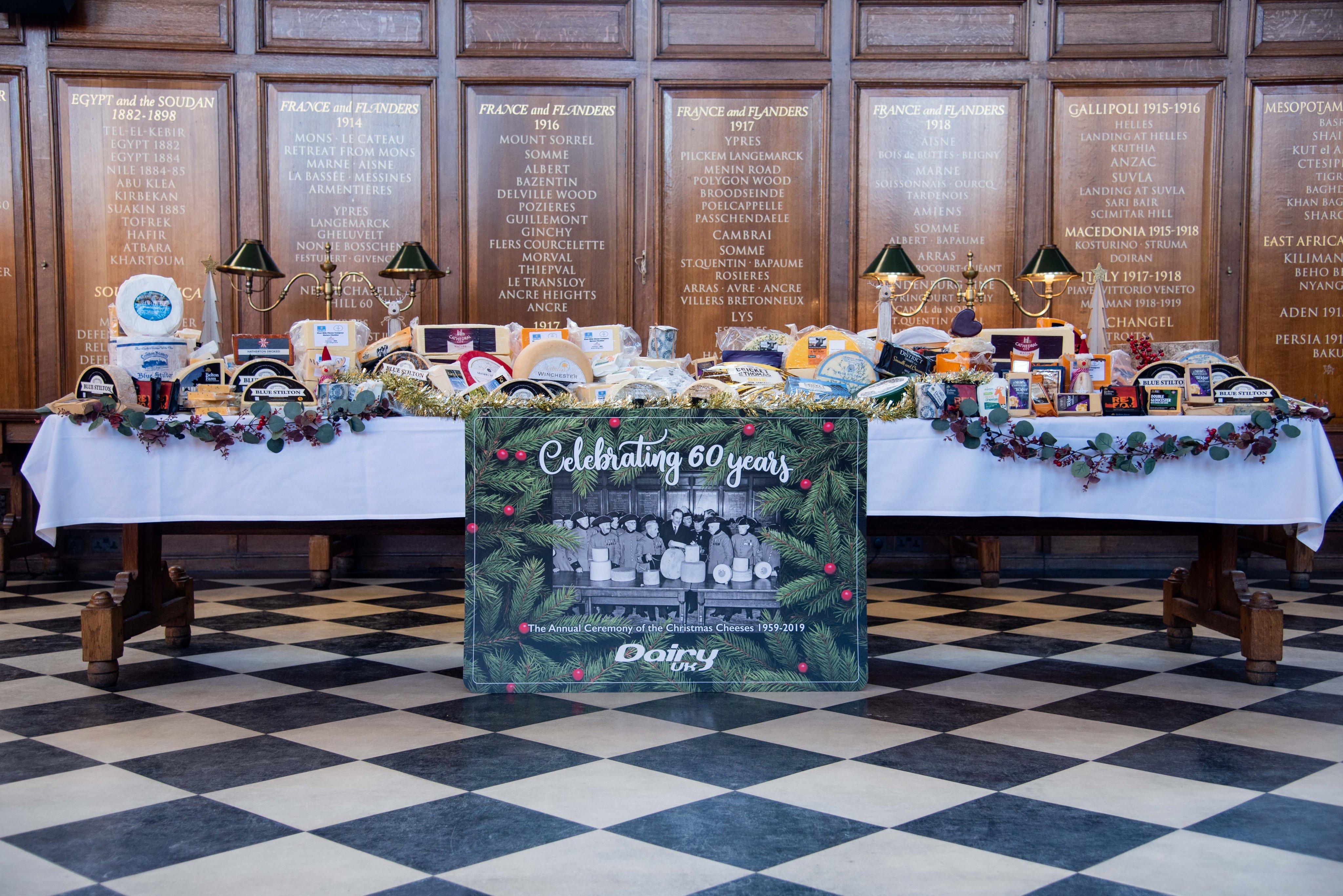 Every year, British cheese is donated by Cheesemakers all over Great Britain and presented to the Chelsea Pensioners during the annual Ceremony of the Christmas Cheese at the Royal Hospital, London.

This year also celebrates the 60th year anniversary of the Ceremony of the Christmas Cheese (1959 – 2019) and here at Belton Farm, we are very pleased to be part of this brilliant event. The tradition dates back to 1692 when the hospital asked a local Cheesemonger to provide the pensioners with cheese as a Christmas treat. Cheese has been a favourite among British Soldiers serving on the front line, as it was handed out in their rations during the First World War.

This year, they were delighted to have The Worshipful the Mayor of the Royal Borough of Kensington and Chelsea as a guest at this year’s Cheese Ceremony.